I am always excited when I hear that Heather Nova is performing in Bermuda. She is our most successful recording artist to date. More importantly, she writes great lyrics, produces distinctive music and has a extraordinary voice.

I remember the first time I saw and heard her. It was on VH1 around 3:00am; videos for songs that were bubbling beneath the surface. The song, “Walk this world”, off Oyster, had a killer baseline. It was sexy in the verses and celestial in the beginning of the chorus and an earthy mix of the two at the end. There was something cool and slightly subversive about it. She said the f-word, but it was more than that. The song had swagger. The singer was diminutive and beautiful, a woman-child.

I became a bit obsessed. I went out and purchased the CD. I played it continuously. It was exciting. She was Bermudian and I dug what she was doing. I really wanted her to, deservedly, blow up in the US. I remember thinking that she probably would have if she had come out just a little earlier. There was Tori Amos, Sarah McLachlan and Paula Cole, who were in a similar vein. Not to compare, although there must have been comparisons, I thought that she had the best voice in the bunch. She was less guttural than Paula and Sarah and her voice had more body than Tori’s. Lyrically, she was poetic, albeit not as precious as Sarah or as abstruse as Tori.

She did very well in Europe and still has a large following there.

But this is about her headlining gig at Ruth Seaton James Centre for the Bermuda Festival. Billed as Heather and Friends, the event delivered. I want friends like hers.

Poet, Tiffany AJ Paynter was the first opening act. She was joined by striking fellow poet and dancer, Lauren Frances, for the first poem. I did not catch the name of the piece but it was lush with Bermudiana and evoked Bermudian girlhood; childhood. It also had an incredible sense of movement and place.

Tiffany has a way with an extended metaphor and her poems are loaded with quotable phrases that feel so good on the tongue and mind. In the first piece, “steady your soul on these cumulous clouds” and “I double-dare you to dream again” latched onto my brain and stayed.

Lauren, a lovely, expressive dancer, moved effortlessly, interpreting the words of the celebratory poem with passion and a sense of play. It was great to see Lauren dancing again.

Tiffany’s second poem, without accompaniment, was an emotional missive to a father who does not accept his daughter’s sexuality. The words and performance were full of contradictory expressions of love, reverence, heartbreak and disappointment. “You never remembered my memories” she accused. “My heart puddles when you step” she whimpered. “The well of me was emptied of all water and all wishes” she lamented. “Your love was my alphabet” she praised. Topical references to “two words and a comma” and religion added a political edge to the piece without preaching or sacrificing any of the impact of the intensely personal positions.

I admit that I was in tears. The words were moving all by themselves but Tiffany’s polished, yet emotional, performancegave them added resonance and relevance.

Joy Barnum and Michael McPhee were next.

Joy was wearing a short black dress with gold accents. It was fitted and featured a fetching single shoulder and sleeve design. The other shoulder, of course, was bare. This is the first and only time in this review that I mention what a performer was wearing because I am speaking of Joy.

This is just another thing that I love about her. Not only does she have a great voice and impressive range. Not only does she write clever, insightful and moving songs with memorable melodies. She also has this quirky, confident, dramatic sense of style. She is curvaceous and tall and she looked as good and unexpected as she sounded; Amazonian to the eye and ear.

She sang two of my favourites, the transcendent “Hand Myself to You” (I hope that is the name of the song) and the epic “You Can’t See Me”. Michael’s accompaniment was more than adequate for the first. My only complaint is that I longed for a fuller musical backing on the soaring, operatic chorus on the second. Between the aforementioned songs they also performed the sassy kiss-off, “Ask someone else”.

The third act, before the 20 minute intermission, was Stephan Johnstone. This young man, whose work I only recently became acquainted with, was winner of the Best Bermuda CD Project Award of 2009 in Tha Underground Awards for his spoken-word CD, the Script Keeper.

Not as polished as the vocal presenters that preceded him, his raw delivery was refreshing and his energy palpable. His passion for words is evident in the remarkable and creative way that he manipulates them. I also enjoyed how he incorporates the rhythms and cadence nuances of the Bermudian accent in his explosive delivery. In listening to his CD and live performance I kept thinking of a Bermudian Saul Williams, not in thematic content, but in the exuberant, musical shading of everyday speech.

After intermission I got to see Heather Nova perform live for the first time. Ridiculous, I know, but every time she has performed here I have missed it for some reason. She was very much the performer that I expected. I always felt that she was an artist with a large internal life and that she would allow her lovely voice to tease the sex, lust , longing, despair or hopefulness out of a song. Other than the strumming or keyboard playing she is not a very physical performer. It is all in the voice. And what a voic!

She opened with “Island”, just her soaring upper range, without music, during the spectral intro. The startling song, about domestic abuse, was a fitting start to set by establishing the voice first.

She and her virtuoso multi-instrumentalist accompanist, Arnulf Lindner, then went through songs from each of her albums. I was impressed anew with how many great songs she has written.

Mr. Lindner provided accompaniment to Heather, on guitar, alternately with cello, double bass, keyboards and guitar. In a few songs he employed a peddle to loop short percussive bass or guitar combinations, which he played live first, that became the groove for the song following. The audience loved this trick. He also supplied some nuanced backing and harmony vocals. During “Paper Cup”, on which Milton Raposa joined on keyboards, Linder even provided some high-pitched vocals that approximated celestial Heatherisms.

Bermudian rapper Kase, in his signature shades, joined them on a new song, “Save a Little Piece of Tomorrow”, off her upcoming CD. This guy steadily improves, in flow and lyrical dexterity. He was the surprise that Heather alluded to before the song began and the audience reaction in the end was enthusiastic.

For the encore, Joy and Heather’s cousin, Christina Quinn, a lovely singer herself, came onstage to provide backing and harmony vocals on “Singing You Through”, from Redbird. It was one standout moment of many.

The final song was a cover, “Tainted Love”. In her preface to this number, Heather spoke of the Disco 40 days when the Soft Cell version was in heavy rotation. I was too young, at the time to be in the club but I was there and the song was a crowd favourite. Heather’s interpretation brought the conflicted lyrics to the fore, whilst bathing those of us who remember in heyday nostalgia.

In between “Island” and the single cover at the end, Heather performed many of the songs from her catalog. “Doubled up, Sugar, London Rain, Heart and shoulder, Like Lovers Do, and I Miss My Sky” are just a few of my personal favourites. “Out In New Mexico” from The Jasmine Flower, her only CD that I have not purchased, was a delightful discovery, especially for the lyrical content.

Proceeds for the evening were donated to The Chewstick Foundation and founder Gavin Smith was called on stage and presented with a check. He was understandably and obviously moved and the organization, because of all of its positive work in the community, is deserving of the recognition and assistance.

Heather and friends was a moving, superbly performed showcase for a Bermudian rock star and other Bermudians who are talented and engaging to watch. It was also an evening for words. I could go on and on about the words written by these Bermudians. They were the basis for all of it. Even among the beauty and proficiency that comprised the human element, the words created the sensations that linger longest. 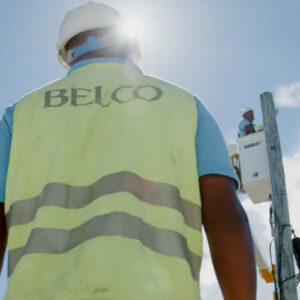 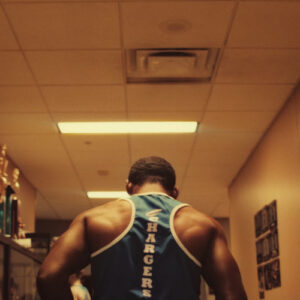 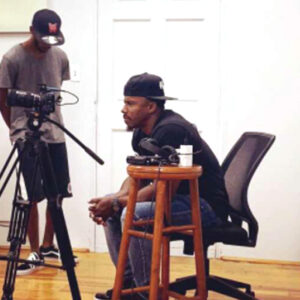 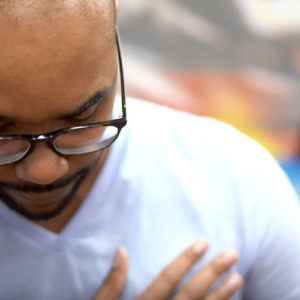